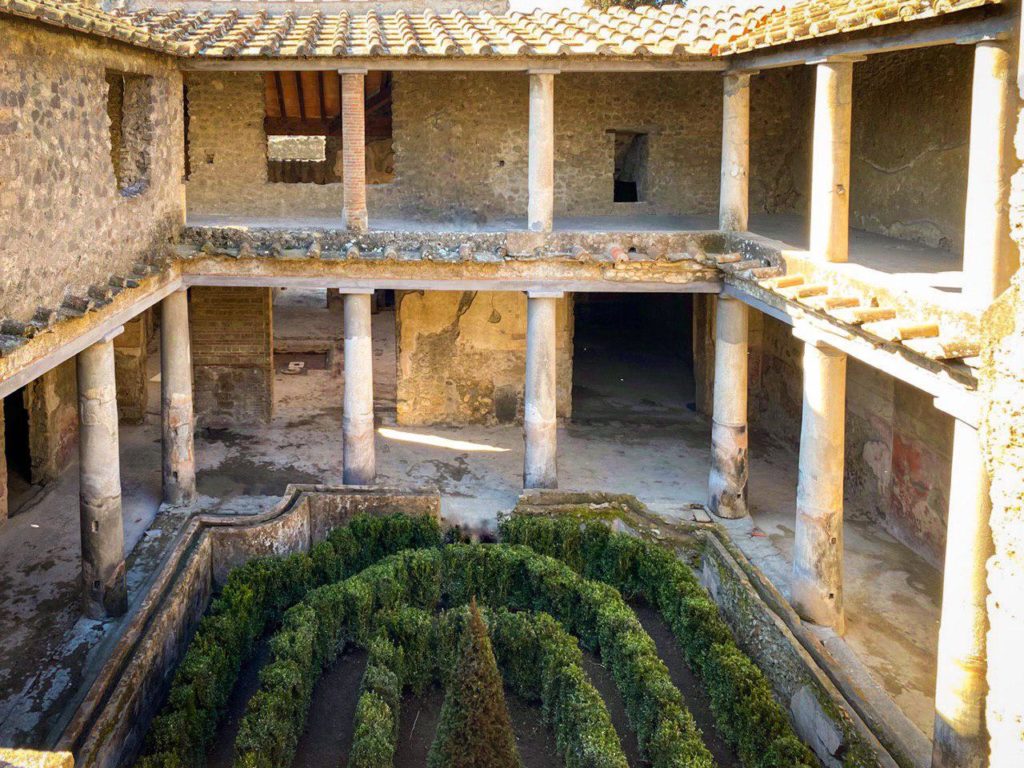 Three Painted Houses in the Lost City of Pompeii are finally open to the public after a 40-Year restoration project.

Three archaeological marvels at Pompeii, the ancient Roman city razed by the eruption of Mount Vesuvius in 79 AD, have reopened to the public.

Calling it a “story of rebirth and redemption,” the Italian Ministry of Culture and Tourism unveiled a trio of newly restored buildings this week, each adorned with vibrant frescoes that provide fascinating insights into the daily lives of the ancient Romans.

The site is “a place where research and new archaeological excavations are back thanks to the long and silent work of the many professionals of cultural heritage that have contributed to the extraordinary results that are there for all to see,” said Dario Franceschini, Italy’s minister for cultural heritage and activities, in a statement. They are “a source of pride for Italy,” he added.

The House of the Orchard, which is covered in verdant frescoes of fruit trees and animals, was partially excavated in 1913 before being fully uncovered in 1951. The House of the Ship Europa was excavated over the course of more than two decades, from 1951 to 1975. A painting on the building depicts a large cargo ship called Europe, alongside other boats.