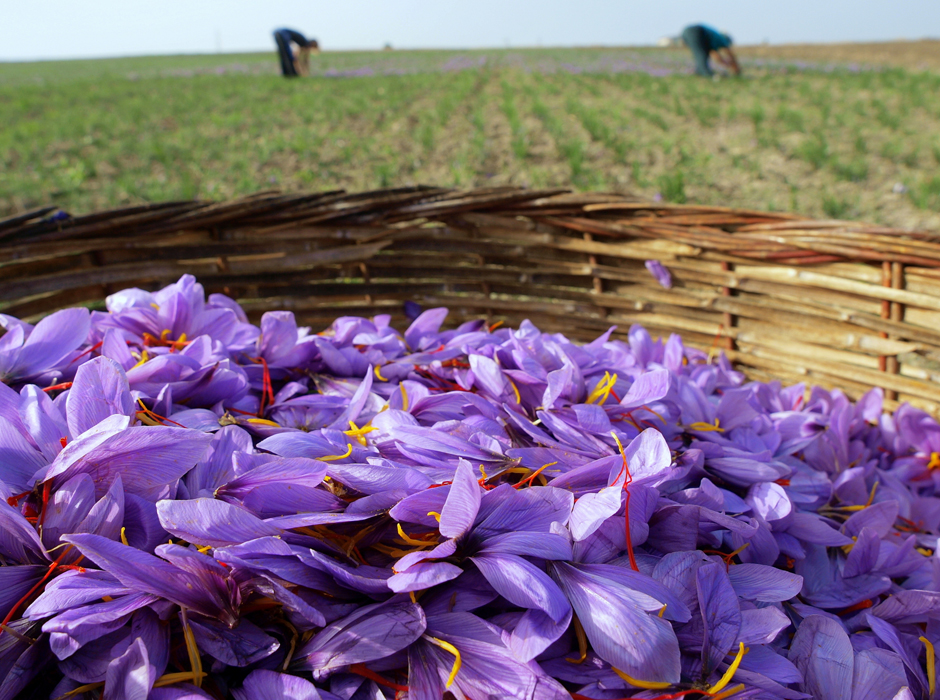 Posted in Behind the scene, Education 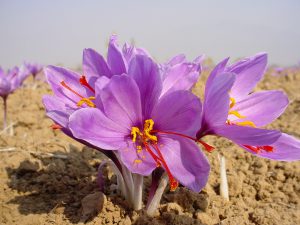 Crocus Sativus or Saffron crocus is cultivated and not found in the wild. Only in autumn the flowers appear in a rich variety of colours, from pastel to lilac to deep purple. The flowers have a sweet, honey-like scent.
A tuber survives one season and produces up to ten ‘tubers’ which can grow into new plants in the following season. The tubers should be dug up, divided and replanted.

Just like picking the flowers, this is a labour-intensive project. Saffron is one of the most expensive ingredients.

They only bloom in mid-fall. Harvesting is necessarily a quick affair: after flowering in the early morning, the flowers wilt quickly as the day passes. All plants bloom in a period of one or two weeks. Roughly 150 flowers together yield only 1 g of dry saffron; to produce 12 g of dried (or 72 g of moist and freshly harvested) saffron 1 kg of flowers is needed; 0.45 kg yields 5.7 g of dried saffron. A freshly picked flower yields an average of 30 mg of fresh saffron or 7 mg of dried saffron.

Ancient perfumers in Egypt, doctors in Gaza, city dwellers in Rhodes and the Greek courtesans used saffron in their fragrant waters, perfumes and potpourri, mascaras and ointments, sacrifices for the gods and medical treatments. 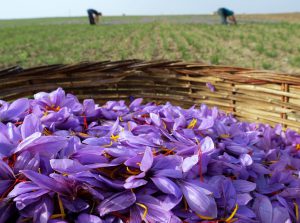 Saffron-based pigments have indeed been found in 50,000-year-old images of prehistoric sites in northwestern Iran. The written history is testified in a botanical treatise from the 7th century B.C. that was compiled by Ashurbanipal of Assyria and saffron was traded and used for more than four millennia. Iran now accounts for about 90% of the world’s saffron production.

Ancient Persians cultivated Persian saffron (Crocus sativus) in Derbena, Isfahan and Khorasan around the 10th century BC. In these places saffron threads were woven into textiles and ritually offered to gods and used in dyes, perfumes, medicines and to wash the body. Thus, saffron threads would be spread over beds and mixed with hot tea as a curative for attacks of melancholy. Non-Persians also feared the Persian use of saffron as a drying agent and aphrodisiac. In late Hellenistic Egypt Cleopatra used saffron in her baths so that making love would be even more pleasant. Egyptian healers used saffron as a treatment for all varieties of gastrointestinal diseases. 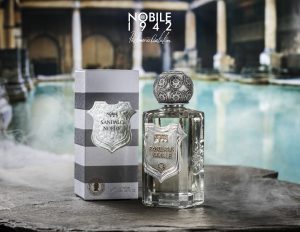 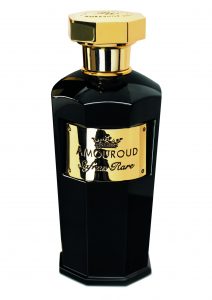 The ‘Aquila’ saffron or Zafferano dell’Aquila is grown exclusively on eight hectares in the Navelli Valley in the Abruzzo region of Italy, near L’Aquila. It was first introduced in Italy by a Dominican monk from the Inquisition era in Spain. But the largest saffron crop in Italy is in San Gavino Monreale, Sardinia, where it is grown on 40 hectares of land, representing 60% of Italian production; it also has an unusually high crocin, picrocrocin and safranal content. Crocin is responsible for its colour, its taste is determined by picrocrocin and its safranal aroma.

The aroma of saffron is often described by connoisseurs as reminiscent of metal honey with a grassy or hay-like hint, while the taste is also noted as hay-like and sweet. Saffron also gives a luminous yellow-orange colour to foods. Saffron is widely used in Indian, Persian, European, Arabic and Turkish dishes. Saffron is also often used in pastries and liqueurs. Common saffron substitutes include saffron (Carthamus tinctorius, which is often sold as ‘Portuguese saffron’ or ‘açafrão’), annatto and turmeric (Curcuma longa). Saffron is also used as a tissue dye, particularly in China and India and in perfumery. It is used for religious purposes in India and it is widely used during cooking in many kitchens, ranging from the Milanese risotto from Italy, the bouillabaisse from France to the biryani with various meat accompaniments in South Asia.

How does it smell?

You can describe the smell of Saffron as leather with a suede touch. Also the hay-like flavor and the mother earth is that what you encounter in the taste, comes to the fore. Saffron is added to perfumes to support the leather chords. The sharpness of the leather chords is softened just a little.